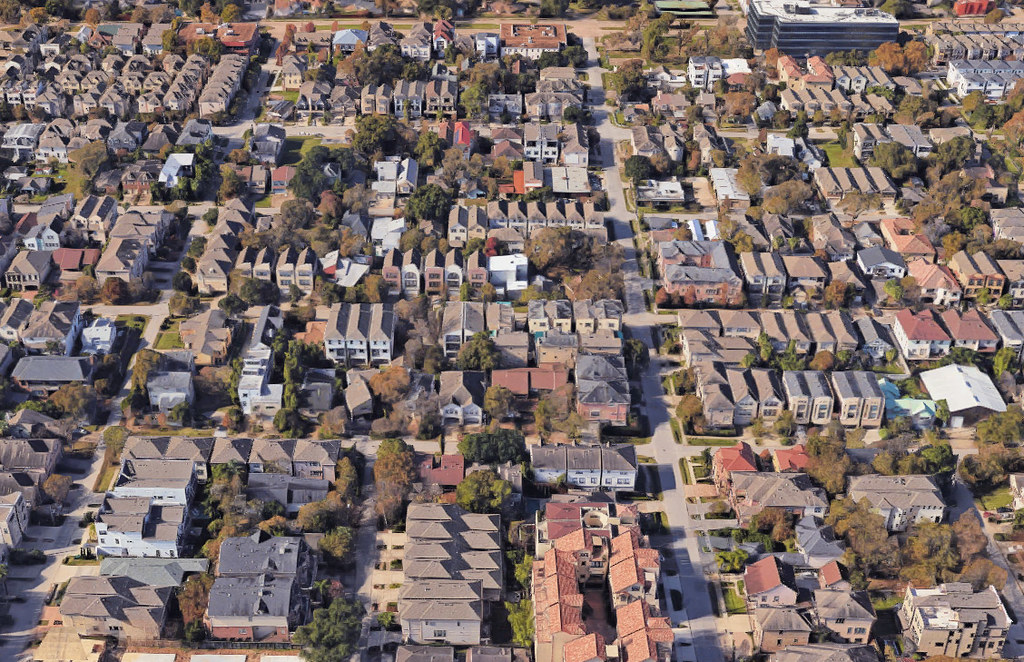 Houston is one of the fastest-growing towns in Texas. This city is one of the most favoured locations for people who want a change of scenery. It has the highest relocation rate in the state, with close to 275 people relocating there every day. Certain factors like low cost of living, great job market, and family-friendly neighbourhoods make it a top preference for many.

However, with about 88 neighbourhoods and 2.2 million residents, deciding where to stay in Houston can be challenging—choosing a community goes beyond simply finding a home. You need to consider safety, cost of living, and the quality of schools, especially if you’re moving with your family.

The Houston area is huge and there are lots of options, so we’ve done the leg work for you and put together a list of our 15 best suburbs to choose from when buying a home in Houston. That way, you can make an informed decision.

With a name derived from the sugar plantation that existed in the area in the early 20th century, Sugar Land began to evolve in 1959 when people started building residential houses in the area and has continued to grow ever since.

Presently, Sugar Land has become a fast-growing and affluent community in Texas. It’s home to some of the best and finest master-planned communities. Sugar Land is the headquarters of Imperial Sugar and houses the Imperial Sugar’s main sugar refinery.

A peaceful community in the Northwest of Houston area, the Woodlands, a part of Montgomery County, is a lush area filled with trails, parks, and forests with businesses and communities hidden in the trees.

Previously an up-and-coming community, this city has blossomed heavily these past few years, primarily due to major corporations like Chevron Phillips Chemical, Anadarko, ExxonMobil which all have their headquarters there.

With beautiful luxury residential houses and quality top-notch education options, staying in The Woodlands has become more attractive to these major corporations and their staff.

The quaint and quiet city of Katy has over the years grown to become one of the most popular and largest areas of Houston. Katy is attractive due to its proximity to major employers like Outdoors, Academy Sports, Igloo, and the short commute up to Interstate 10 called the Energy Corridor.

Besides the significant number of master-planned communities, like Cinco Ranch, Katy has many things to offer.  Residents can discover local attractions like Typhoon Texas, Katy Contemporary Arts Museum (KCAM), and Katy Mills Mall.

More so, the Katy Independent School District is arguably the best in Houston and even ranks high within Texas.

Located South of Houston, Friendswood has been ranked by CNN/Money Magazine as one of the 100  “Best Places to Live in America.” It’s a short commute to Houston’s central business district and a short drive from a quick weekend getaway at Galveston Island.

With close-by recreation and shopping facilities and employers in the community, Friendswood is a great place to stay.

If you enjoy living near the coast or having a seaside home, Clear Lake is your best bet. The Clear Lake community is surrounded by water, including Taylor Lake, Galveston Bay, Clear Creek, and Clear Lake.

Besides having some of the largest concentrations of marinas and recreational boats in the US, the Clear Lake area is home to industries like tourism and aerospace (Lockheed Martin and NASA). With the Kemah Boardwalk and Johnson Space Center in Clear Lake, you will never run out of fun places to visit in this stunning community.

Since 2000, Pearland has been the third fastest growing and largest city in Houston. This isn’t hard to believe due to its proximity to the Texas Medical Center, which is easy to reach on Texas 288, also called the Nolan Ryan Expressway.

Pearland is highly valued by academics. People move to the community due to the high-quality education there.

With more than 60 degree-awarding institutions, Pearland residents have a number of higher education institutions to choose from, including the prestigious University of Houston, Pearland. This small farming community has become a big city with a number of up-and-coming master-planned neighbourhoods.

Located near the Clear Lake area, League City is home to young professionals and employees in Clear Lake, Webster, Galveston Island, and League City itself. Named by NerdWallet as the “Best City in Texas for People Looking for Jobs,” this proves that people seeking to develop their careers should consider the League City area.

Starting from the historic Fort Bend Museum, County Court House founded in 1908, Morton Cemetery, to a large number of historic mansions, Richmond has managed to grow speedily while still maintaining its charm and rich history.

If you want a quiet place to live in Houston, consider staying in the Richmond area.

Having come a long way from being one of the major throughways of the International and Great Northern Railroad, Spring, Texas, is a city of commerce and communities.

Spring ranks number 18 presently in the “Most Diverse Suburbs in Texas” by Niche. One benefit of living in the Spring area is its proximity to the Grand Parkway, the Highway 99 Tollway connecting Spring, and The Woodlands to the Fort Bend area.

The easy commute to the local headquarters of a number of big organisations makes Spring a preferred option for people moving to Houston. Many master-planned communities are equally scattered across the city.

Located in the Northeastern part of Harris County in Houston, TX, Humble covers 10-square miles. Humble is home to several commercial businesses which has caused a huge population increase.

Besides being home to great schools, a large mall, covered civic arena, civic centre, and state-of-the-art hospital, Humble is attractive due to its beautiful houses and green space. There are also many local parks like Schott Park, Uptown Park, Timberwood Park, and Hirsch Memorial Park in Humble.

Close to Bush Intercontinental Airport, IAH employees and other young professionals can comfortably live and work in Humble. The city is part of the Lake Houston area and boasts several entertainment hot spots like Lyons Park and Sports Complex, Jones Park and Nature Center, and Old MacDonald’s Farm.

Founded in 1971, Kingwood resulted from a joint project between the developers of King Ranch and Friendswood. With over 75 miles of greenbelt system winding through the community, Kingwood is one of the best neighbourhoods in Houston.

Due to the greenbelts trails, residents can easily utilize the parks, biking and hiking trails without the need to use the major roads in the community. With numerous top-rated schools and various extra-curricular activities to do within the community, Kingwood affords its residents, especially those with families, lots of opportunities to learn and grow.

Ranked as one of the safest neighbourhoods in Houston recently, Kingwood is also nicknamed “The Livable Forest.”

Stafford, located in Fort Bend County, is steadily becoming a significant community in Southwest Houston. Stafford’s rise in popularity is due to the high amount of commercial activity in the neighbourhood.

Combining rich development and vigorous commerce has had a tremendous effect on Stafford’s economy over the years. More so, Stafford has so much to offer in terms of available entertainment, including the Margaret Havens Historical Memorial Gardens, Stafford Community Center, and Stafford Centre of Performing Arts Theatre.

Full of thriving communities, Cypress is a growing neighbourhood located on Highway 290 in Northwest Houston. Cypress houses some great master-planned communities in Houston, like Bridgeland and Towne Lake.  To date, Cypress continues to dominate Houston, TX, in terms of amenities for residents and suburban growth.

The community is served by the Cypress-Fairbanks ISD, Texas State’s third-largest school district and one of the fastest-growing school districts in the US. Companies like Hewlett Packard, Sysco, and Lone Star College in Cypress help to provide jobs to residents and boost the economy.

Previously a ranch and farm community, Fulshear is on its way to becoming the most sought-after area to stay in Western Houston. Fulshear has lots of lands to accommodate incoming master-planned communities like the highly acclaimed Harvest Green and Cross Creek Ranch, both communities centered around resident CSA (community supported agriculture).

Located near Katy, Fulshear residents can always enjoy relaxed country life and the convenience that comes with being close to major dining and shopping, retail, and numerous entertainment. Fulshear’s economy is steadily growing, with the Westpark Tollway and Interstate 10 being close enough for commuting. During the 2016 population estimates, Fulshear was ranked as the fastest-growing community in Texas.

Located near the Downtown Houston area, Missouri City is perfect for people working in the inner loop area but would prefer living in a beautiful suburban town. Missouri City is close to the Port of Houston, many major freeways, and a short distance from Hobby Airport.

What’s more? It’s a great place to raise a family and work. This community is served by the distinguished Fort Bend ISD and is home to many award-winning master-planned neighbourhoods. Thus, living in this suburb allows the residents to experience a higher quality of living.

Where Is the Safest Place in Houston?

A survey conducted by SafeWise, a home security review and research website shows that the safest city in Houston is Fulshear.

Safewise used two years of safety reports and crime statistics obtained from the FBI, plus demographic information, like annual income and population from each city, to conduct the research. Besides Fulshear, Kingwood has also been ranked recently as the safest community in Houston.

Best Places to Stay in Houston for Families

If you intend to start a family in Houston, you’ll want to move to the best neighbourhoods for families. Niche released the Best Places to Raise a Family in Texas in 2021, and two communities in Houston made the top five: The Woodlands and Katy.

The Woodlands also showed up on the Best Cities to Live in the USA, according to Niche. League City and Missouri City are also perfect for raising a family in Houston.

We’ve narrowed down our favourite Houston suburbs to show you some of the best options for your family, so take a look and see if any call out to you.

Regardless of what you’re looking for – an artsy loft, a sleek high-rise downtown condo, family-friendly property with big rooms and yard to grow, or starter dream home –  numerous options are available to choose from in Houston’s neighbourhoods and suburbs.

We know that choosing which Houston suburbs should be on your shortlist is challenging, seeing as they’re all great communities. So this blog post on the best Houston neighbourhoods should come in handy. You can, however, consider allowing Realized Properties to find you the best house in a prestigious neighbourhood conveniently located near the major attractions sites.

We can’t wait to see you in Houston! 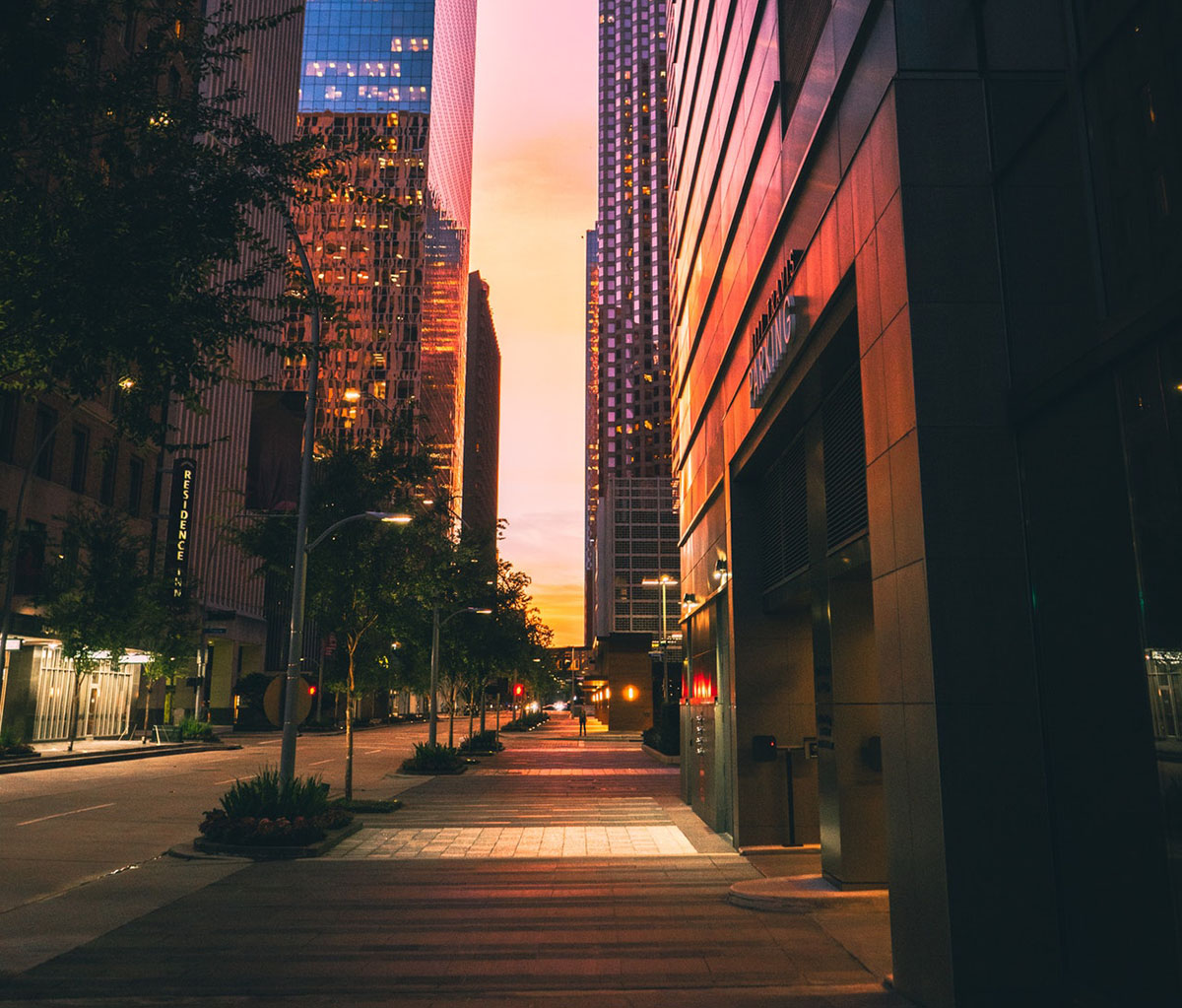 2021 has been a challenging and somewhat strange year for all of us: Following the lifestyle changes ushered along by […]