The event kicked off at 10 am starting at the intersection of Smith St and Lamar St, and finished at 12.30 pm.

The Texas Southern University marching band, Ocean of Soul, inaugurated the event, preparing excited onlookers for streams of colorful floats, music groups, and subsequent tributes to Dr. King’s legacy. In case you missed it, here’s all you need to know about the Houston spectacle.

Houston Mayor, Sylvester Turner, encouraged observers to wear masks and get tested for COViD-19 before taking part in the parade or lining up downtown to watch.

There were more than 300 performance and community groups taking part in the procession such as dance and cheer teams, Junior Reserve Officer Training Corps, primary and secondary school marching bands, vibrant floats, and corporate and civic organizations represented from across the nation.

This year’s parade sponsors were ATT, Radio One, and Allegiance Bank. KRPC 2 disseminated live streams for both of the parade events on Monday, and millions across the nation were able to participate through television and social media.

This Year’s Theme was Social inclusion: The Pillars of the People

The MLK Grande Parade in Midtown Houston is one of the most significant single-day multicultural events in the United States. Honoring Dr. Martin Luther King Jr.’s legacy, it serves as a reminder of his influential message of social inclusion and racial equality.

Dr. Martin Luther King Jr. spoke about his “beloved community,” as a non-violent, just society where love and trust triumph over fear and hatred. MLK week has become a platform for community members young and old to engage in critical conversations around modern-day civil rights matters and actively bridge divisions within society.

Looking back on a year that has been filled with division, the 2022 MLK Week planning committee supported “becoming the beloved community” this year. The goal was to challenge norms and offer direction for society to move forward in one progressive movement together, as we explore ways to unify around contemporary issues.

Why Are There Two Parades?

Since 1995, there have been two MLK Day parades celebrated in Houston. The first was established by Ovide Duncantell in 1978 and was known as the Original Martin Luther King Jr. Day Parade. The second was established in 1995 by Charles Stamps, known as the MLK Grande Parade.

Both festivities resumed this year after going virtual in 2019.

Having two parades appears to be logistical, given that the number of attendees dramatically exceeded what would be both comfortable and safe to observe the parade. The duality also points to a battle of forces, as both parades compete to be the leading parade of the day.

In 2007 both the Black Heritage Society and the MLK Grande Parade applied for parade permits. Under normal circumstances, the Houston city council allows only one parade per day. Permits are allocated on a “first-come-first-served” basis, however, both parties applied for permits at the same time.

Both groups began working towards a framework for the unification of the parades in Houston. “A house divided against itself cannot stand,” remarked Mayor Turner in 2018.

The fact that both parades were held, accepted, and celebrated this January demonstrates that this year’s theme of Social Inclusion as pillars of the people was granted in the celebration of Civil Rights leader, Martin Luther King Jr.

Other Events to Celebrate MLK Week in Houston

For a fun, outdoorsy, and active pursuit, some participants took a socially-distanced bike ride around all of the locations Martin Luther King Jr. visited during his last trip to Houston.

Whilst this 18-mile long celebratory ride may seem like a significant distance, all participants were invited to move at their own pace. The bike ride began at 8 am on Saturday, January 15th.

Afro-Atlantic Histories Exhibit at the Museum of Fine Arts, Houston

Here you can learn about the history of the transatlantic slave trade or visit the Afro-Atlantic Histories exhibit. The exhibition features over 130 works of art and documents made across Africa, the Americas, the Caribbean, and Europe between the 17th century and the 21st century.

One of the primary messages of MLK Day is service to others. During the MLK Day 24 Hour Rebuild, the Houston community had the opportunity to volunteer time to assist with the 24-hour rebuild and disaster recovery project.

Tools and materials were provided, and volunteers were not required to hold previous construction experience. This family-friendly event was open to all adults and children over 14.

Realized Properties are a 100% veteran-owned real estate agency committed to serving the greater Houston community. Whether you’re moving to Houston from out-of-state or buying or selling property in the area, our dedicated team will help make your transition as seamless and smooth as possible.

Contact Realized Properties and feel the stress of moving melt away as we take care of the hard work for you.

Things to Do in Brookshire, TX: Popular Places to Visit and Best Brookshire Neighborhoods

Brookshire is a small town located in Waller County, Texas. As a fast growing city, Brookshire has experienced consistent growth […]

2021 has been a challenging and somewhat strange year for all of us: Following the lifestyle changes ushered along by […] 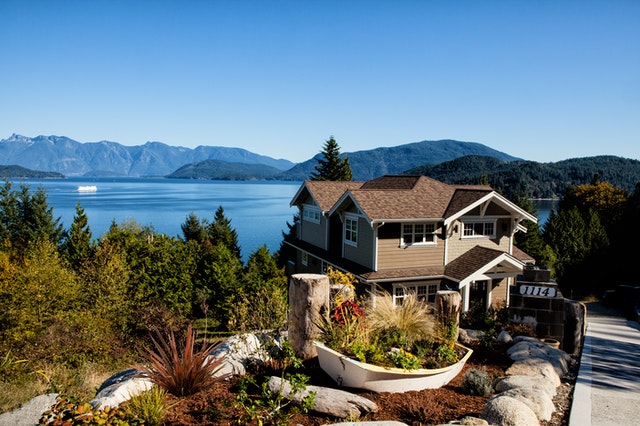 Buying your next home doesn’t have to be a struggle.

9 Fun Things to Do in Bellville, TX

Top Places to Visit and Things to Do in Cypress, TX

Things to Do in Brookshire, TX: Popular Places to Visit and Best Brookshire Neighborhoods